There is something almost spiritual about the gathering of classic car owners here at the Auburn Cord Duesenberg Concours at Eckhart Park in Auburn, Indiana. If you are a vintage motorcar buff this is one concours you must have on your bucket list. It is a judged event and Auburn Cord and Duesenberg owners take it very seriously. They dress up in period costumes and put on a great show. Because Auburn, Indiana is steeped in history it only seems fitting that this Auburn Cord Duesenberg Concours is held here in Eckhart Park.

According to Bob Boberg of eClassicAutos.com, it is estimated that about 200 + cars were included in the show. The largest part of the cars present are, of course, Auburns. The Auburn Automobile Company had a long history and here in Indiana there is a large community of owners who preserve these cars. There also were a fair number of Cords, mostly the coffin-nosed Cords. “There were only seven Duesenbergs that I saw,” Bob told us. Then he added, “This is a very laid-back affair, nice setting, and good weather.  This is a close knit group of guys and their families.  A few people dressed in period attire as you can see in the photos.  A very unique car show.”

Founded in 1874, the Eckhart Carriage Company built a successful business making horse carriages. Frank Eckhart lead the company into the “automotive age” as he designed and built his own Auburn automobiles. His Auburn Automobile Company prospered, particularly after E.L. Cord was brought in to run the business. Cord was in inventive entrepreneur. In 1929 he not only took over Auburn’s production, but also launched his own line of Cord motorcars. He then proceeded to buy out Duesenberg Automobile Co.

Auburn, Indiana is emersed in the history of the American Motorcar. It was here that the Black, Desoto, Kiblinger, Union and the Zimmerman were produced along with the Auburn Cord and Duesenberg.

Bob Boberg of eClassicAutos.com has captured some of the pomp and circumstance of the Auburn Cord Duesenberg Concours with his camera. Here is what he saw today. 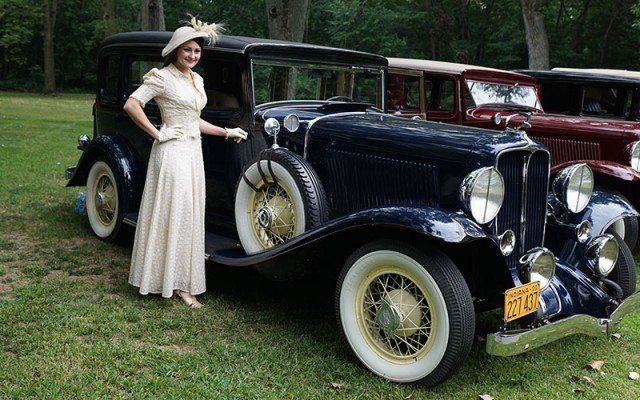 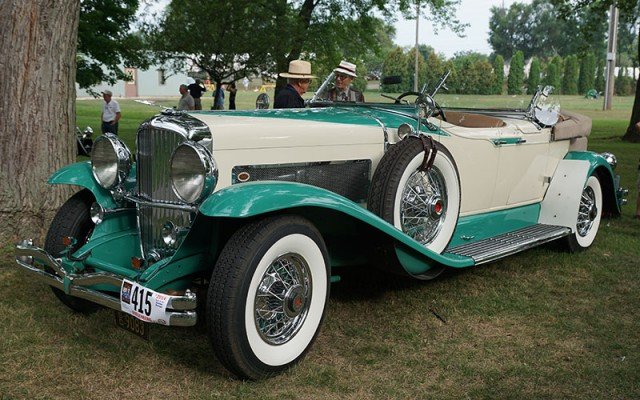 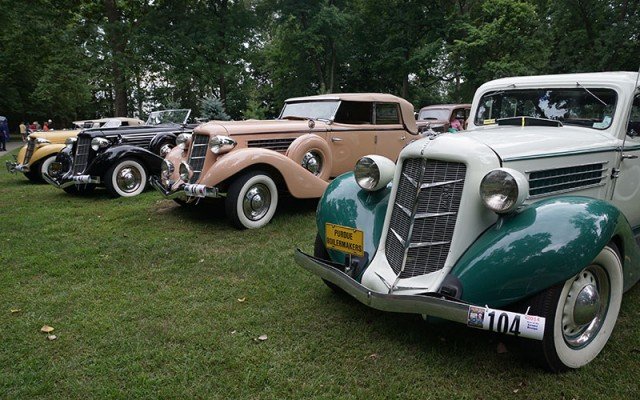