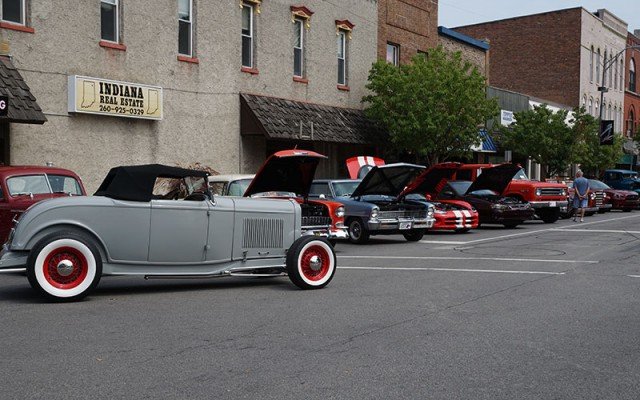 Downtown in Auburn, Indiana on Friday we found a car show on the town square as part of the Auburn Cord Duesenberg Festival.  The downtown car show is one of the engaging traditions  during the Auburn Cord Duesenberg Festival each year. Now you should know that Auburn has an enchanting old downtown area to begin with. The 19th Century architecture provides a great background for an old car show. On Friday morning the streets were lined with old cars giving you the feeling that you may have stepped back into a scene from yesteryears.

Our photographer, Bob Boberg, told us it was a great day for taking photos in the old downtown square. Bob runs eClassicAutos.com, a website full of automotive photography. He got some great shots of the downtown show for us here. As in previous years this car show was open to all classics with only a few of the ACD cars on display.  The cars were parked around both sides of the streets surrounding the courthouse square, and spilled down streets connecting to the center of town.  “You will see there was a little of everything, old and some new cars,” Bob told us. “The lawn around the courthouse was well groomed with lots of flowers.  It was a very pleasant day with mid- to upper-70s temperatures and low humidity.  There was a good size crowd that seemed to be growing when I left to go to Auctions America.  A stage was being set up at one of the adjacent intersections for live entertainment that night. It was probably a great night for an open air party.” 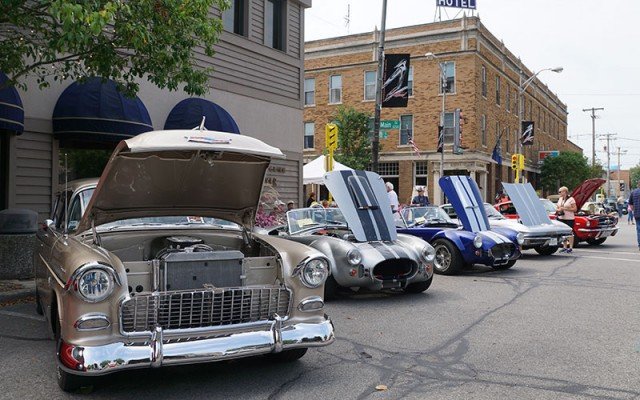 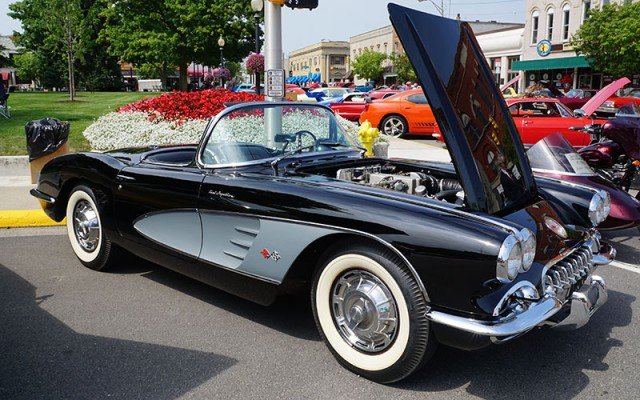 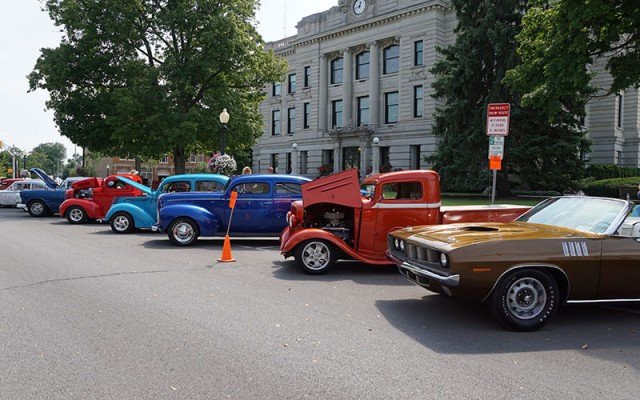 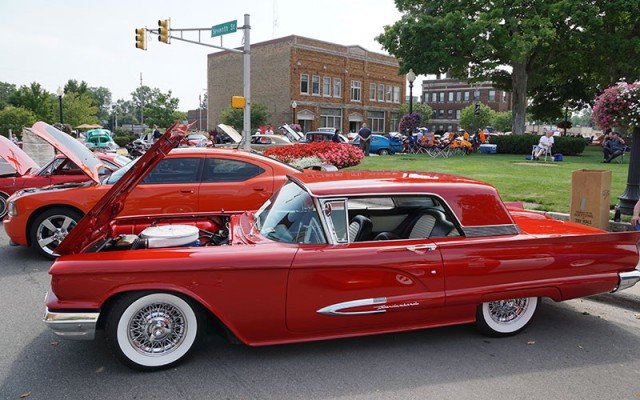