When Rod Saboury’s Black Widow Corvette appeared at the SEMA Convention in 2012 it began a two-year journey on the show car circuit across the country. Having built a name for himself in drag racing and custom car building over the years, Saboury often has nationally acclaimed custom Corvettes to show at major car show events. The Black Widow went on to be named Best Pro Street at the 2013 East Coast Indoor Nationals. Many of you remember it from the Goodguys shows in 2014. Later, the car was sold at a Mecum Auction in Harrisburg, Pennsylvania.

Still in top show condition, it will be Cars-On-Line.com’s featured car in their weekly newsletter on Saturday. (Follow this link to view the advertisement and see detailed photos.)  The current owner from Lewes, Delaware says it is still winning awards with several 2018 trophies cited in the ad. Whether you call it a resto mod or a pro street, it was designed to be very streetable.

Evidently Saboury found a parts car ’63 Corvette Split Window at Carlisle one year. The next thing you know he was having Legacy Innovations build him a resto mod version of the ’63 Split Window. They put a TIG-welded tube chassis underneath and began building an over the top classic custom as you would a drag car. They used a Detroit Speed X-Gen front suspension, JRi shocks, PAC springs,  with power rack-and-pinion Detroit Speed QUADRALink rear suspension and swivel-links Legacy Innovation-built Ford 9″ rear end with  Strange Engineering’s aluminum S-Trac 3.73:1 gears.

Add-ons such as reverse-opening carbon-fiber hood that integrates an OEM C6 ZR1 supercharger window, or a mini-tubbed rear floor, smooth firewall and hidden wiper motor all add to the show car appeal. All that power equipment fits neatly under the hood and looks like it was meant to be there.

You can see it featured this week in the Cars-On-Line.com newsletter. 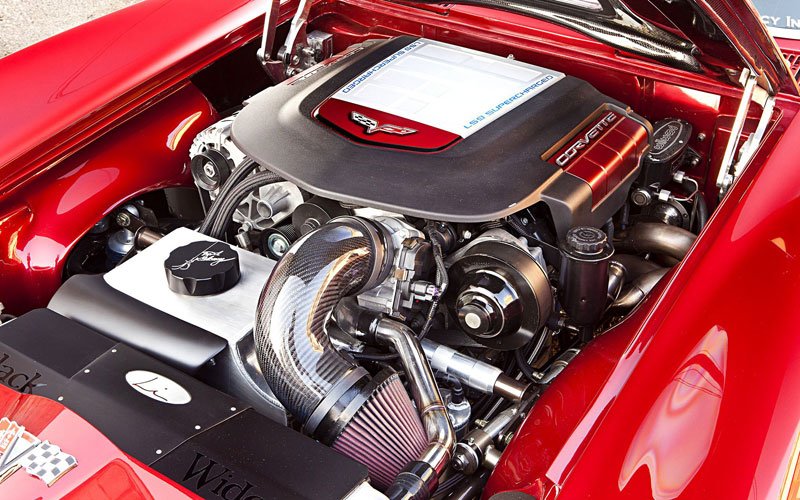 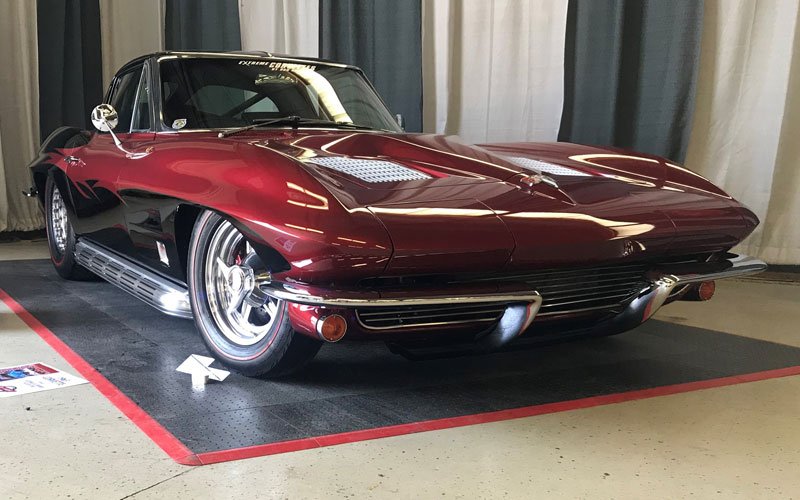